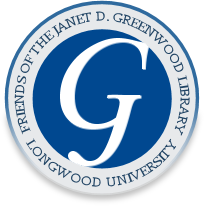 Friends of the Library

Award-winning fiction author Emilie Richards discussed her works at 7 p.m. on Friday, October 1 in Greenwood Library at Longwood University. The program, sponsored by the Friends of the Janet D. Greenwood Library, was preceded by a reception at 6 p.m. and followed by a book signing. Books for sale at the event include Happiness Key, Fortunate Harbor, and Sister's Choice.Richards' newest book, A Truth for a Truth, was available for pre-sale.

Richards is author of more than 60 fiction novels focusing on family and romance. Many of her novels feature complex characterizations and in-depth explorations of social issues, a result of her training and experience as a family counselor. Some of her popular series include Happiness Key, Ministry is Murder, Shenandoah Album, and Men of Midnight. In 2004 Richards began a series of single-title novels focused on quilting. The novels were inspired by her work as a volunteer teaching quilting to residents of the Arkansas Ozark Mountains while she was an undergraduate student at Florida State University. In 1994 she earned the RITA Award, the most prominent award given throughout the genre of romantic fiction, from the Romance Writers of America. She also earned a career achievement award from Romantic Times magazine and has been interviewed on both television and radio and quoted in Reader's Digest.